18 mounted figures in 9 poses including commander, officer, trumpeter, and troopers with sabres, lances, and pistols.

Uhlans were Polish light cavalry armed with lances, sabres, and pistols. The title was later used by Lancer regiments in the Prussian and Austrian armies. The name itself comes from Tartar words oglan or uhuan, meaning brave warrior. After the start of the Napoleonic Wars, Uhlan formations were raised by the Duchy of Warsaw. 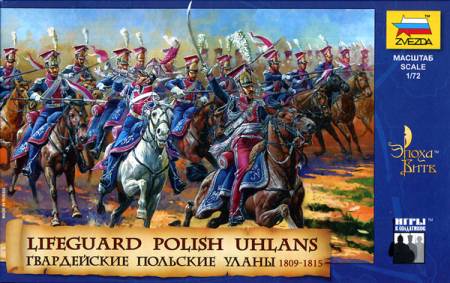 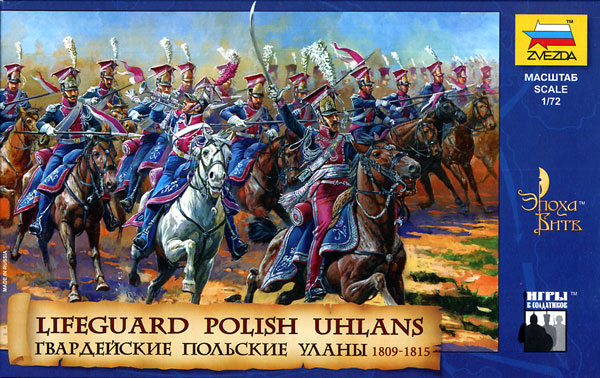 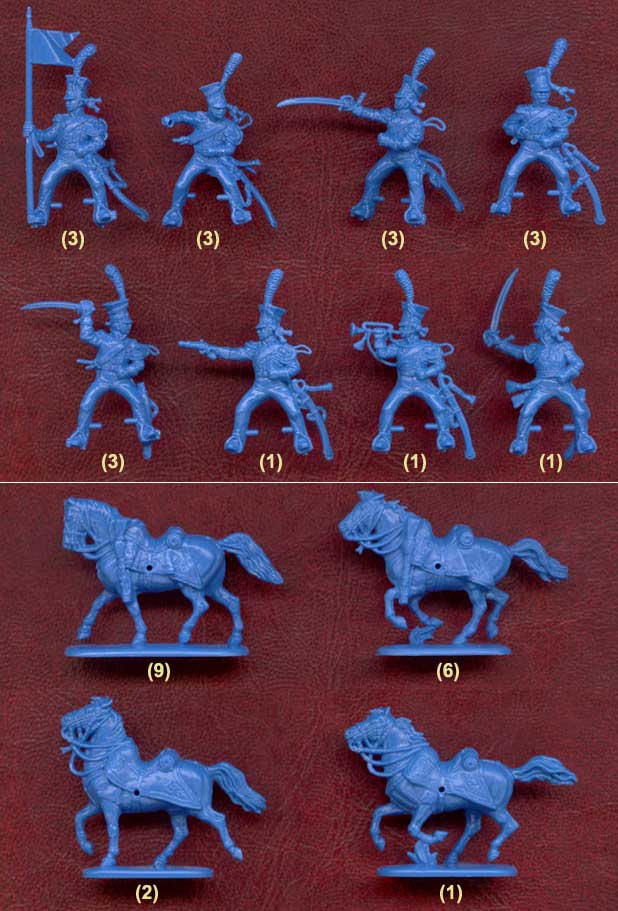