This well known gun became famous for its simplicity, reliability, and firepower. Soviet factories supplied 13,600 units during World War II. Technology of this howitzer was well ahead of its time, demonstrated by the fact that it was used in limited numbers by Soviet forces during the Afghanistan conflict in the seventies. 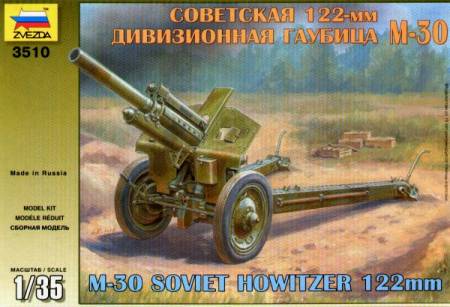