The team began with a core of Napoleon’s Young and Old Guard from Waterloo and later were reinforced with troops from the Western Front of the Great War and decades later from the jungles of Vietnam. Over the centuries, their shared French language and culture (and trades by owners) have brought them together as a combined team on the Death Fields circuit. Even after centuries, the elite members of Les Grognards go to battle with the cry: “Vive la France!”
This box set includes enough parts to build 24 heroic scale 28mm figures with a variety of options including standard rifles, heavy lasers, flamethrowers, pistols, swords, heavy plasma guns, communication packs, and grenades. There are also four unique head types with and without gas-masks (192 total heads in this box)s. 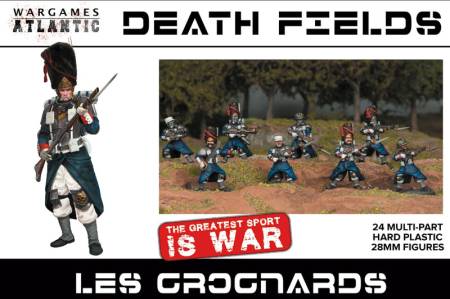 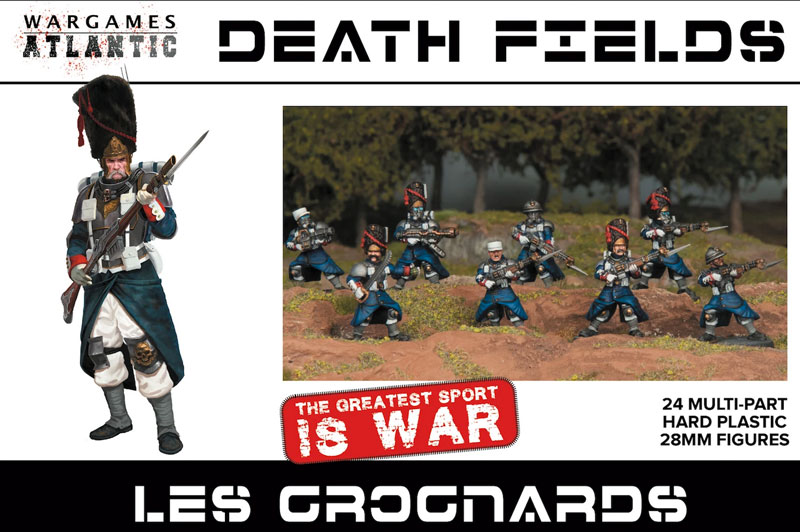 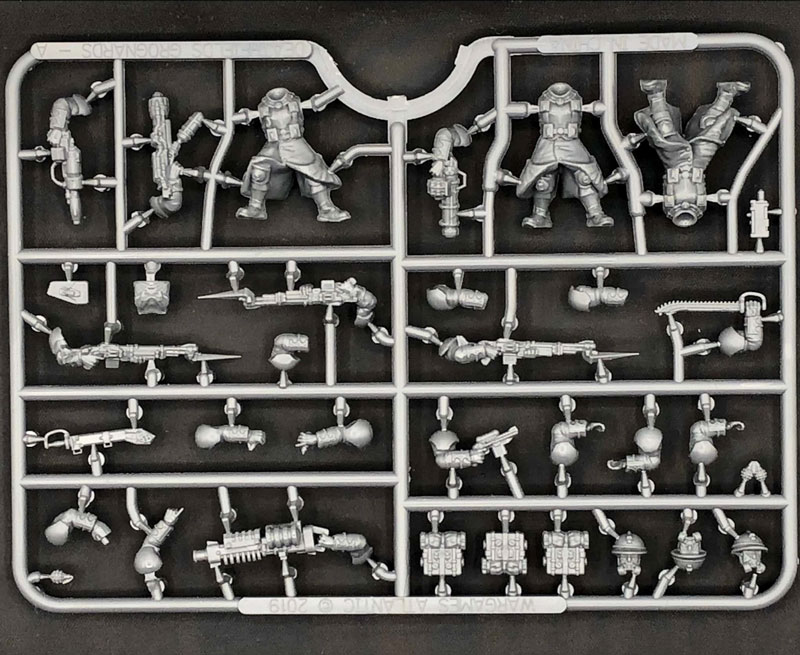 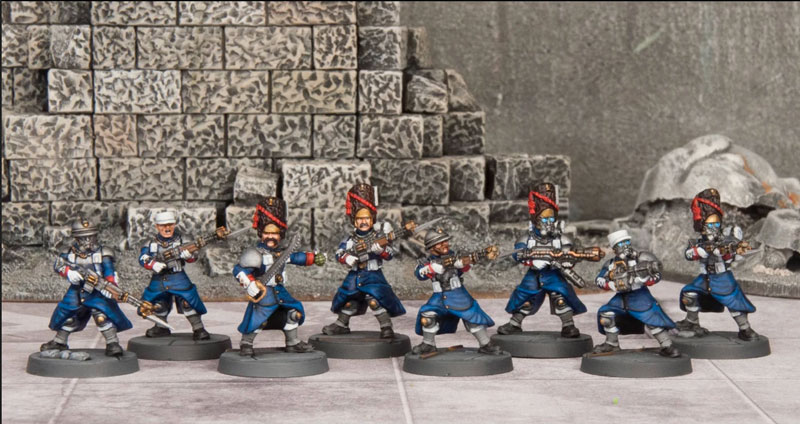 Type = Figure Kits, Busts and Accessories
Wargaming
Category = Wargaming Vehicles and Miniatures
Period = Space and Sci-Fi
Scale = 28mm (1/56 Scale or 1 and 1/8 inches)
Material = Plastic
Finish = Unfinished Plastic Figure Kit
Date of Release = 2020-02-04
Status = Available
This item is Normally Stocked but may take up to two weeks for delivery if not in stock. We will notify you of any delays
MSRP: $34.99
Your price$34.99