Set of 8 colors Model Air in 17ml. developed to paint the aircraft of the aviation division of the Japanese Imperial Navy (IJN) for aircraft embarked on carriers as well as land based, used in the war with China during the years previous to the attack on Pearl Harbor (December 1941) and the subsequent entry into the WWII conflict until August 1945. 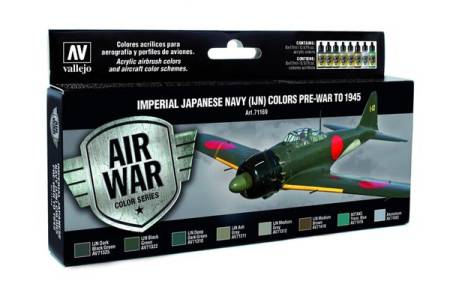