Air Support for the PLASTIC ARMY MEN in on the way. The Tim Mee Hercules C-130 Gunship was the King of cheap American Made plastic toys on store shelves of days gone by. It's a lot more expensive now, largely due to it being so LARGE and how shipping is calculated these days, but it's still manufactured in the United States and available as this 27 piece playset. Set includes the 2 foot wingspan Hercules Gunship, 2 dozen M16 Soldier figures, an American flag with base, and a bonus M48 Patton Tank.
The airplane is modeled after the Lockheed AC-130 and features spinning propellers, rolling wheels with metal axles, cockpit entrance door, rear access loading ramp, dual barrel turret, and 3 pivoting machine guns. The wingspan measures 26.5 inches across, the fuselage 24.5 inches long, and stands 10 inches tall to top of tail. The aircraft and tank are made from slightly stiff olive-green color HDPE plastic with some flashing. The soldiers are made from slightly flexible LDPE olive-green plastic with very little flashing. The flag stands 2.75 inches tall with a gray base and sticker flag. The plane and tank are 1:48 scale and the figures are approximately 1:35 scale.
The first version of this aircraft was produced by PROCESSED PLASTIC COMPANY (Tim Mee's parent company) in 1990 and modeled after the C-130 Cargo Plane. The tooling was later modified to create the AC-130 Gunship version seen here. The Hercules may be the most impressive PLASTIC ARMY MEN vehicle of all time. Playset arrives packaged in a plain brown box optimized for shipping directly to you.
These are real American Made toys, meant to be set up, knocked over, picked up and played with for years to come. Snap-together assembly requires some hand strength, so adult assembly is recommended. You'll find an assembly video using a google search for HERCULES REISSUE ASSEMBLY VIDEO. Recommended for ages 5 and up. 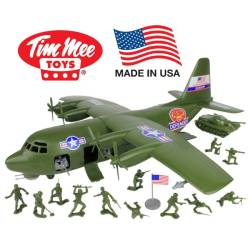 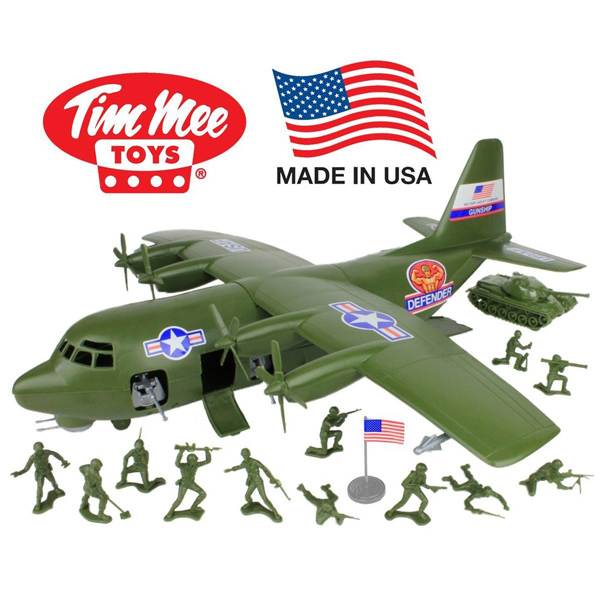 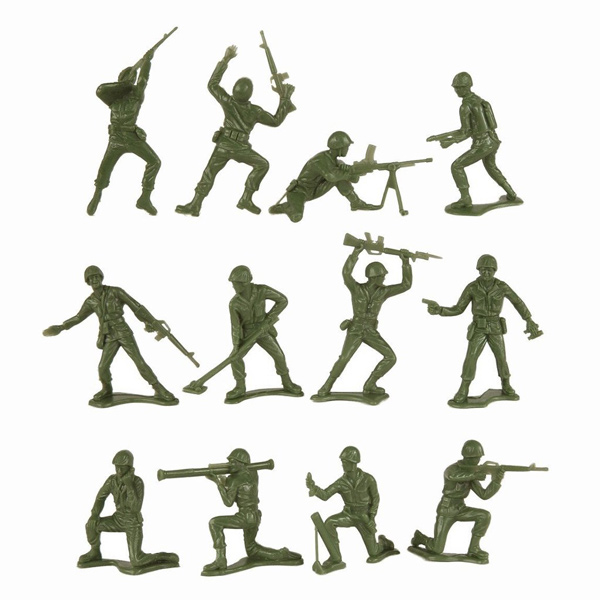 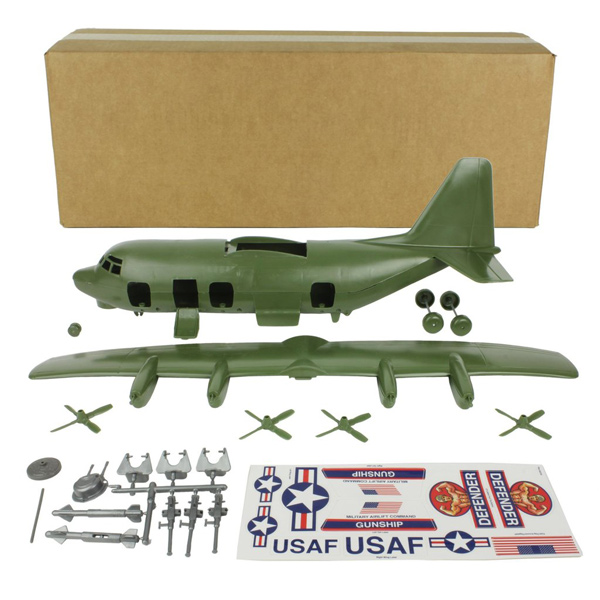