We are releasing 2 boxes of plastic Prussian Infantry to start our new Franco-Prussian War range. Both have the same frames of figures in them but they are in different ratios. All figures have 4 head variants including the 1860 pattern and 1867 pattern picklehaube, forage caps and Landwehr shakos. Bases and an information sheet are included.
Prussian Infantry skirmishing (PRU 2) – this contains mainly the skirmish frames so that you can form an irregular firing line. As the French Chassepot rifle was superior to the Prussian Dreyse, firing lines tended to be open order with infantry taking cover where possible. There are also 2 advancing frames included as well as a command.
39 figures are included in each box plus casualties. 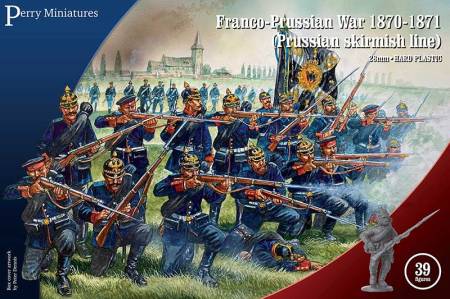 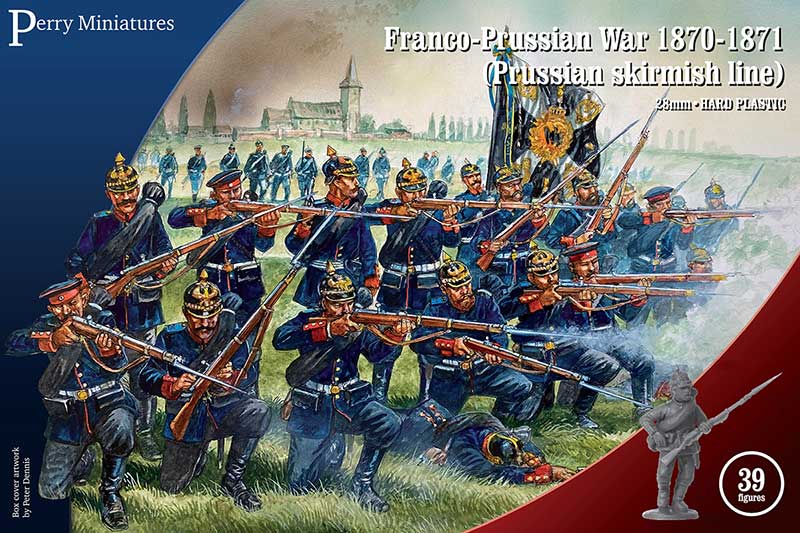 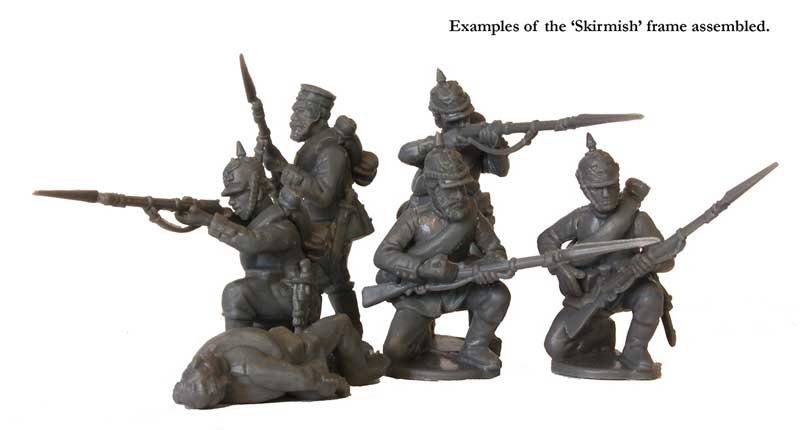 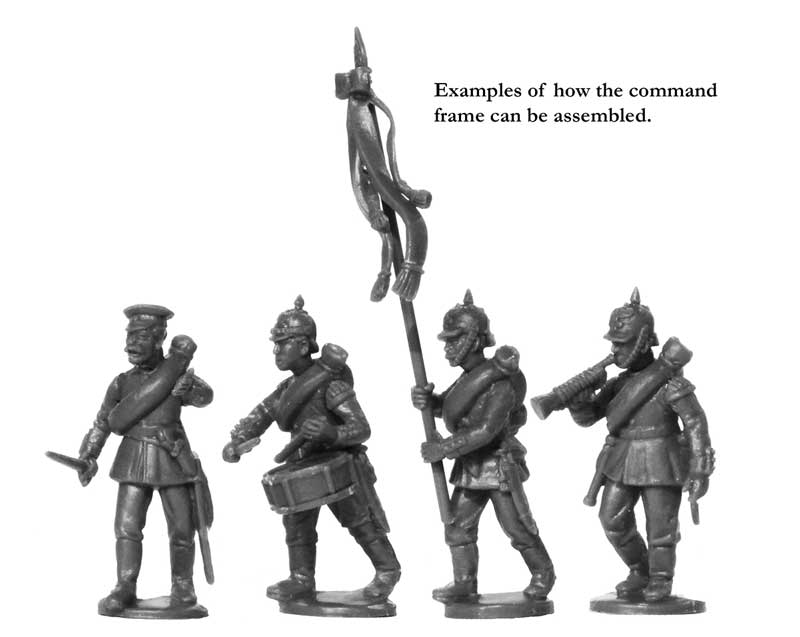 Type = Figure Kits, Busts and Accessories
Wargaming
Category = Wargaming Vehicles and Miniatures
Period = Franco-Prussian War
Scale = 28mm (1/56 Scale or 1 and 1/8 inches)
Material = Plastic
Finish = Unfinished Plastic Figure Kit
Date of Release = 2021-09-16
Status = Available
This item is Normally Stocked but may take up to two weeks for delivery if not in stock. We will notify you of any delays
MSRP: $37.99
37.99