Recreate the battles of the American War for Independence with the British Grenadiers.  Originally marketed by Barzso Playsets, LOD Enterprises is proud to now market the figure set with a new header bag.  The contents remain the same – 16 red plastic figures in each set with two (2) of each dynamic pose included.

These companies of soldiers were first formed in the British Army in 1678 and were not abolished until 1855.  These elite troops often led charges or all-out assaults into battle. 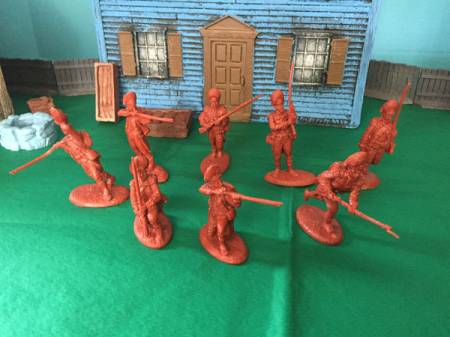 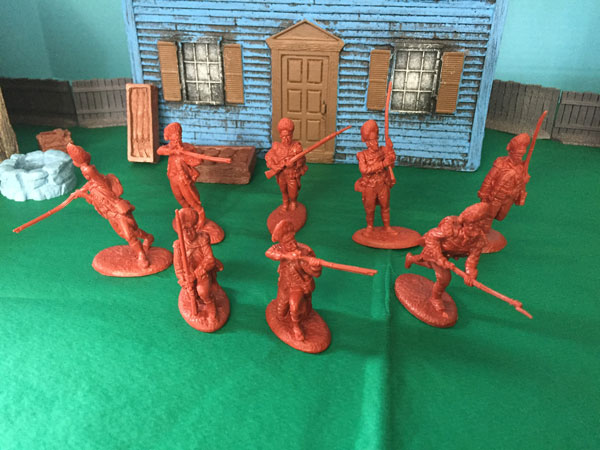 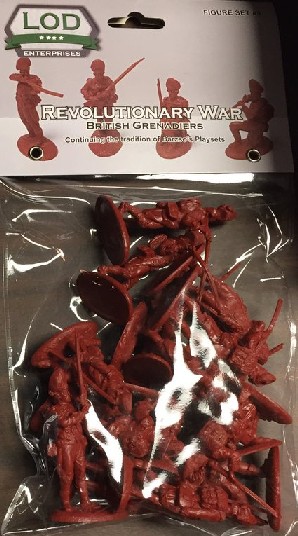