By the 4th century BC, the Celtic tribes that had originated in central Europe had greatly expanded having reached Spain, France and even crossed the Alps into Italy. As avid fighters Gauls formed part of most conflicts in the Mediterranean, either directly or a s eager mercenaries.
A Gallic warband relies first and foremost on the courage and ferociousness of its warriors, especially its Noble cast that is willing to lead the warband into the fray. Few can withstand the Gallic charge but a Gallic chieftain must be careful as his men can also tire quickly and become vulnerable if their impetus is spent. A strong Noble cavalry though, can be the perfect relief force to ensure that the warband gets a respite when needed. So Chieftain, lead your men forward...for Plunder and Glory!
Contains 39 foot figures and 6 mounted figures. All miniatures are 28mm sized, made of plastic and supplied unpainted. Figures supplied by Victrix. 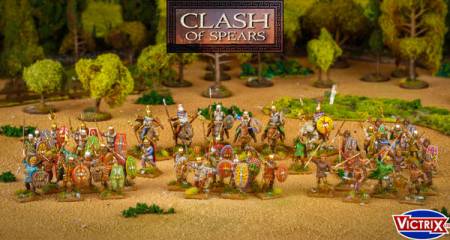 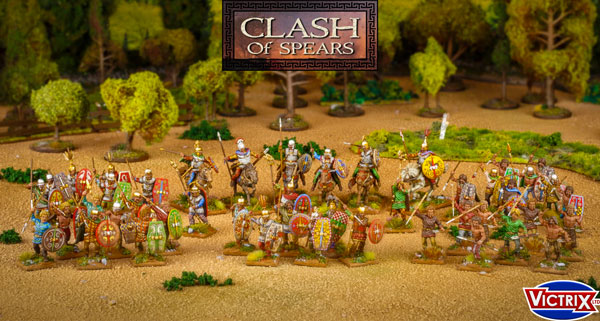 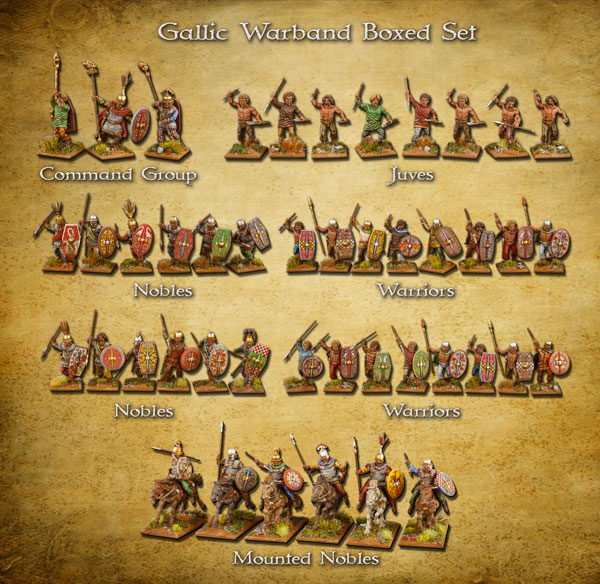 Type = Wargaming
Figure Kits, Busts and Accessories
Category = Wargaming Vehicles and Miniatures
Period = Enemies of Rome Celts, Gauls,Barbarians Etc.
Scale = 28mm (1/56 Scale or 1 and 1/8 inches)
Material = Plastic
Finish = Unfinished Plastic Figure Kit
Date of Release = 2020-10-02
Status = Available
This item is Normally Stocked but may take up to two weeks for delivery if not in stock. We will notify you of any delays
MSRP: $64.00
Your price$64.00