9 figures. Persia's elite heavy infantry troops were called "The Immortals." This is because as soon as any of them fell in battle, new soldiers would be promoted from other units to replace them, thus keeping up the strength of the entire division. Immortals were armed and armored in the best the empire could provide, and were comparable to such historically significant units as Napoleon's 'Old Guard,' and England's Guard Regiments. These armored troops wore chain mail under their robes, and fought with spear, bow and sword. They were meant to oppose the best troops their enemies could field. 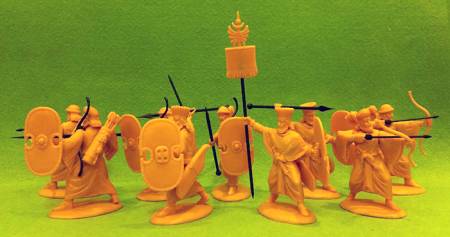 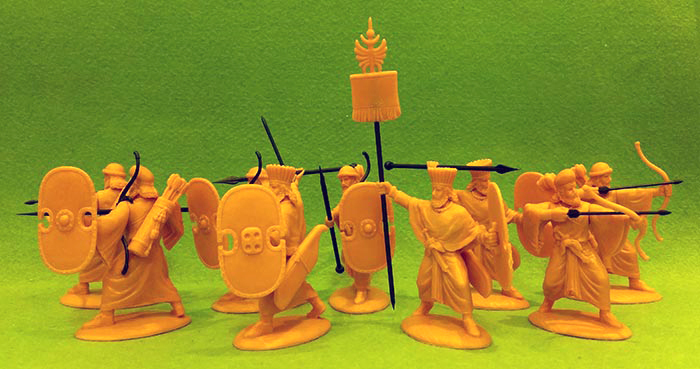