4 mounted figures in 4 poses.
"Wild division". This set is dedicated to the participants of the First world war, brave soldiers of the Russian Empire. The Caucasian native cavalry division, better known as the"wild division" was a cavalry division, one of the formations of The Russian Imperial army, formed on August 23, 1914. 90% consisted of Muslim volunteers-natives of the North Caucasus and Transcaucasia, who, like all native inhabitants of the Caucasus, according to the legislation of the Russian Empire, were not subject to conscription for military service. Many representatives of the Russian nobility served in the division as officers. 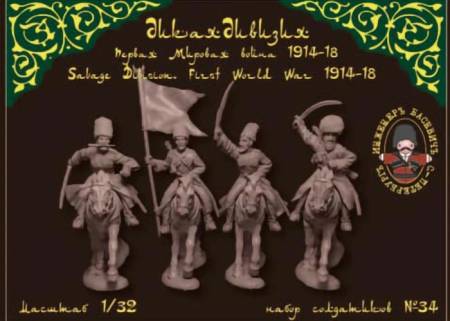 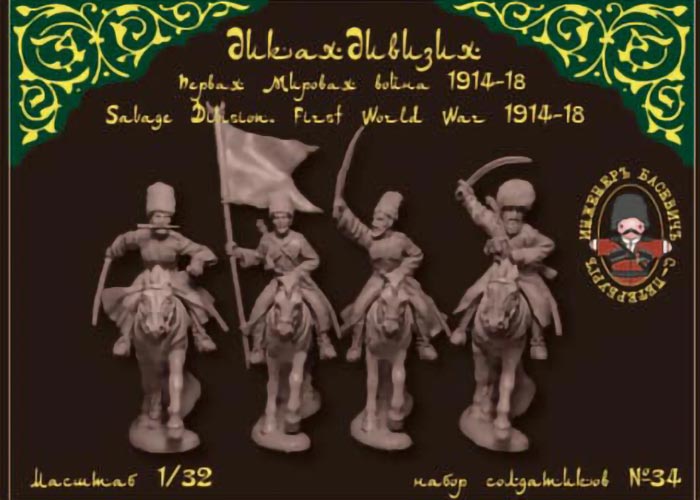 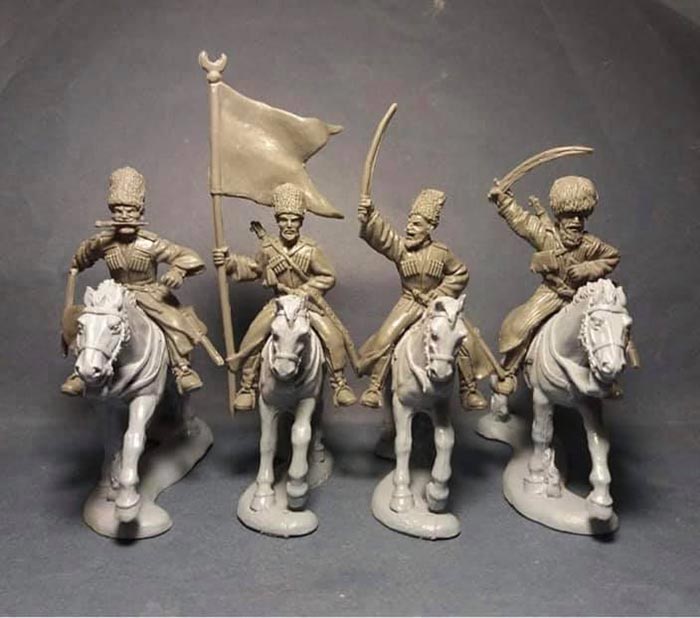 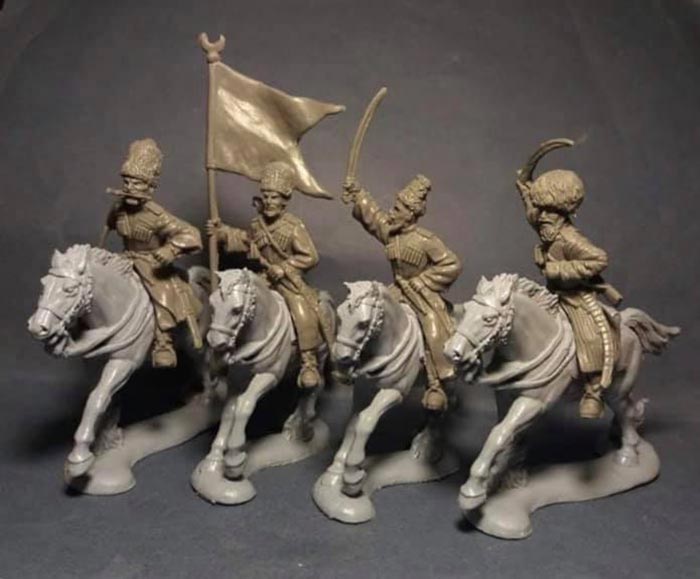 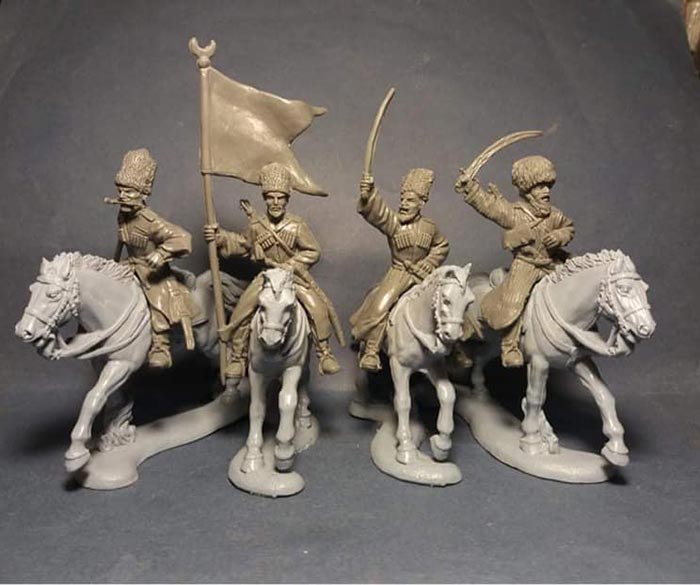