The Armoured Autocar was a Canadian armoured car used as a mobile machine gun nest during the First World War. The Canadian Armoured Autocar is considered to have played a major role as an influence on later armoured car designs such as American Half-Tracks like the M2, M3 and M5 vehicles used by Allied Forces during the duration of the Second World War. Imperial German Forces also adopted the Sd.Kfz 251, along with the Russian BA-30. Armoured cars of the first world war are what most consider to be the predecessors to modern daylight tanks, reconnaissance vehicles and armoured vehicles/armoured troop transports.Canadian Armoured MG Carrier kit:
Includes: Transparent parts for headlights, Cartograf printed decals, Instruction in colour

NOTE: This is a plastic model kit and requires model building and painting skills. The picture illustrates how the model should look once completed. Glue and paint are not included in the kit. 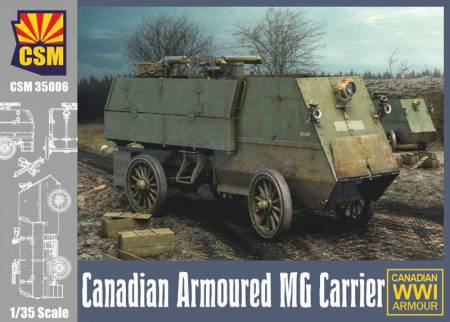 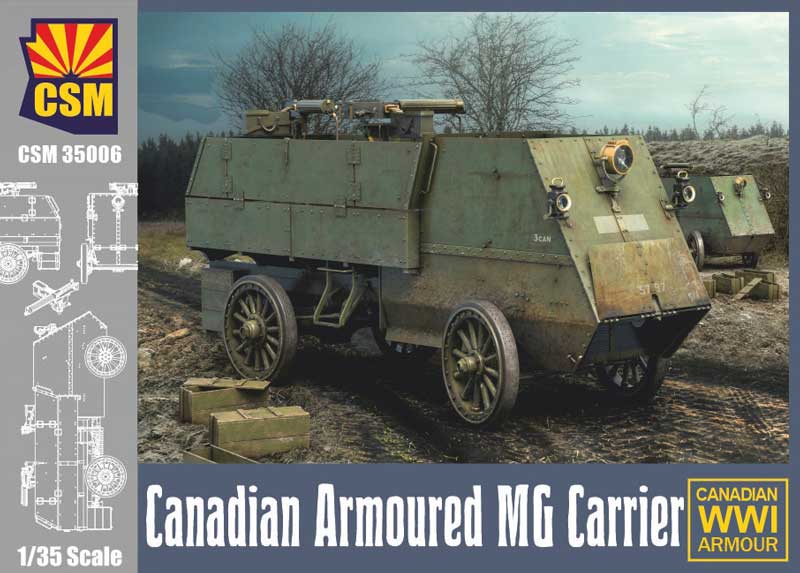 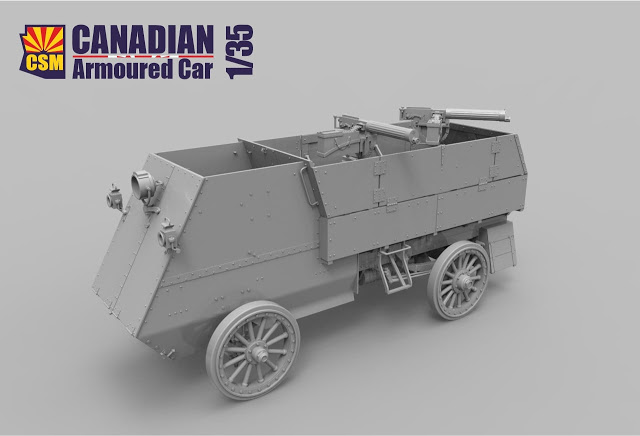