From the CLASSIC ARMY MEN COLLECTOR SERIES, BMC Toys brings back another American toy from yesteryear. This pack of 4 'Duster' Anti-Aircraft Tanks is proudly manufactured in the United States. The set includes 2 tan and 2 olive-drab  green vehicles and features guns that pivot, turrets that rotate, and rolling wheels. Tanks are approximately 1:48 scale and are made from slightly flexible HDPE plastic with medium detail and very little flashing.
These tanks were originally produced in the 1960s by PAYTON and were included in numerous plastic military playsets from several companies over the years. They were even copied and produced overseas in the 1980s. Even in the 21st century they're still great reinforcements for your plastic army men forces, and also just the right size for O-gauge train flatbed cars. 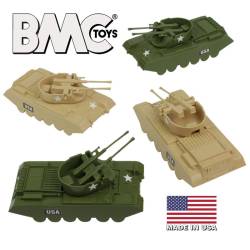 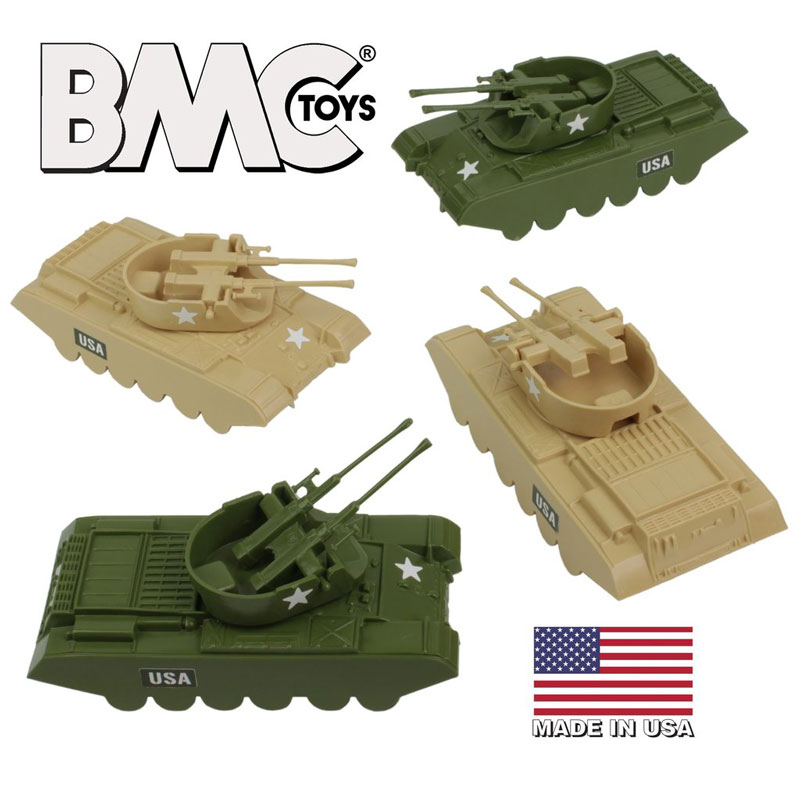 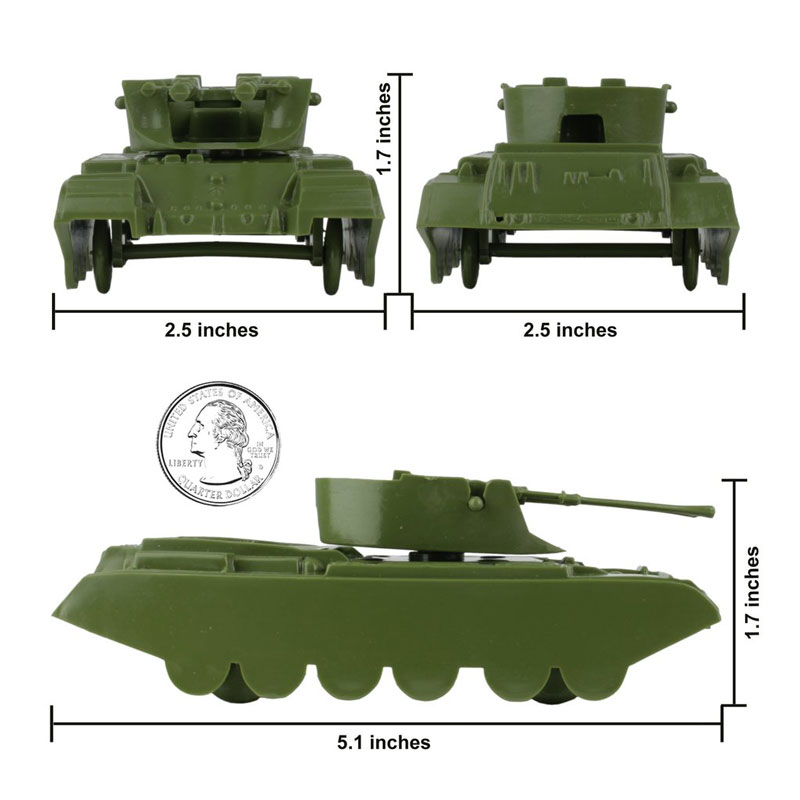 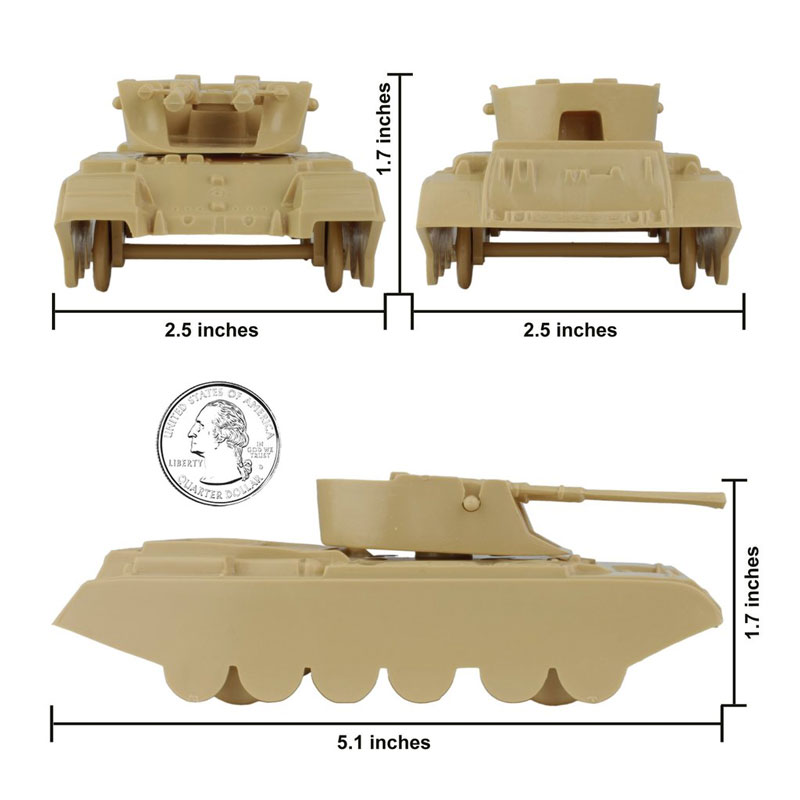 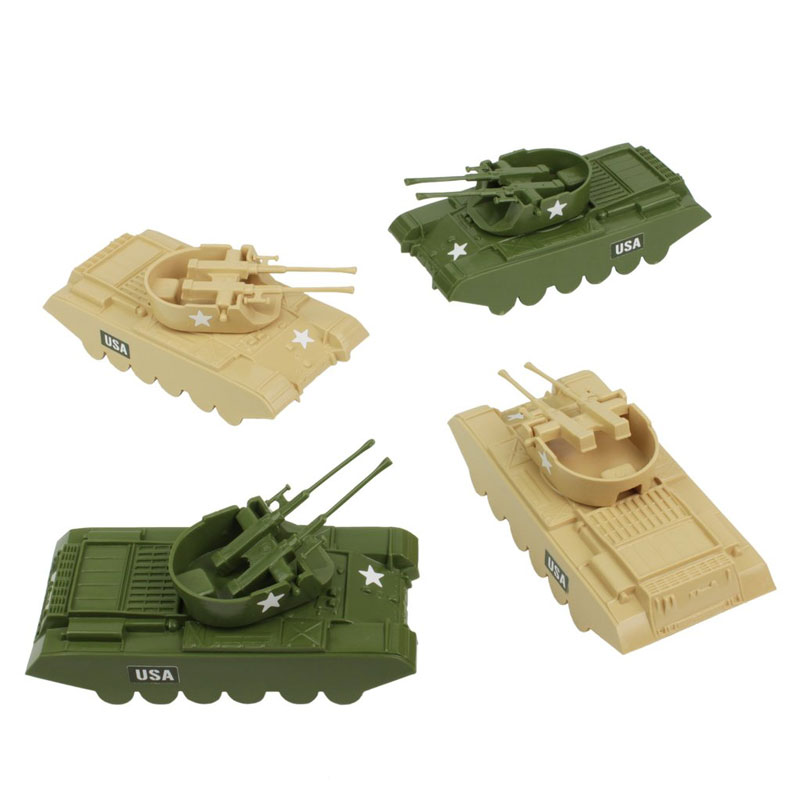 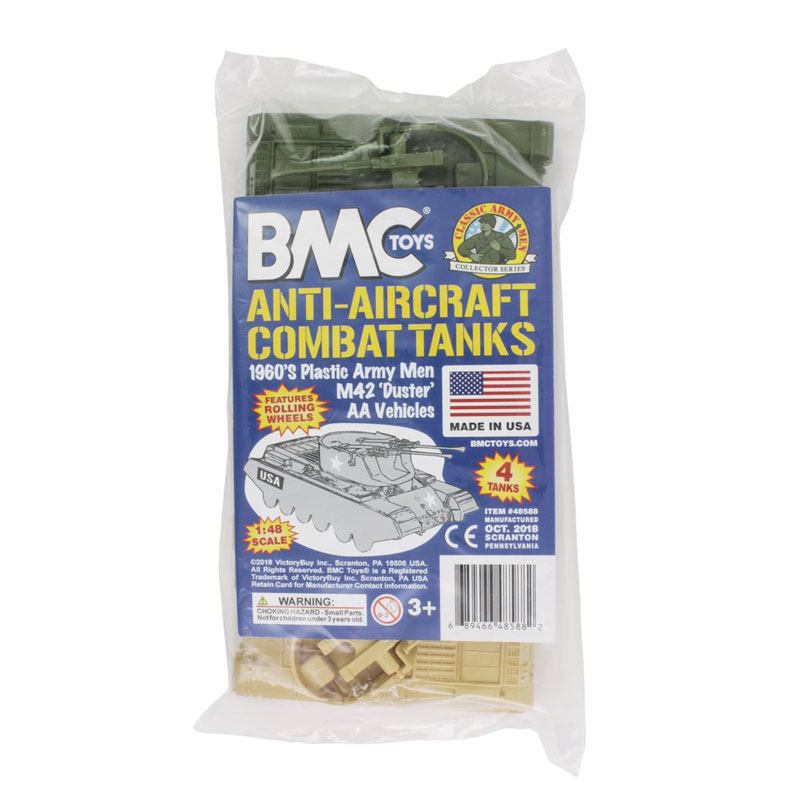