From the CLASSIC ARMY MEN COLLECTOR SERIES, BMC Toys brings back another classic set of figures from the golden age of army men playsets. This bag of 36 Bright Red RUSSIAN PLASTIC ARMY MEN is proudly manufactured in the United States and features 6 different figures. Troops are approximately 1:32 scale and stand up to 2.25 inches tall. Made from slightly flexible LDPE plastic with fine details and almost no flashing. Includes approximately 4 each of the standing riflemen, shot soldier, officer, and about 8 each of figures running with burp gun, throwing grenade, and butting with rifle.
These USSR soldiers were originally introduced in the 1960s by Louis Marx Company as Allies in some of their famous WW2 Battleground Playsets. They were later produced by other companies (possibly HG TOYS) and did duty as stand-ins for Korean and even Iraqi forces in some later playsets. They were later produced in hard plastic for the hobby market. These will make excellent troops for a variety of set ups from Western Front in WW2 to Cold War conflicts with Russia, the Soviet Union communists, or generic bad-guys for your regular Green Army Men. 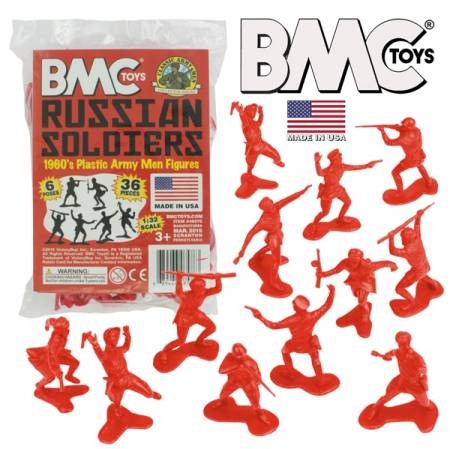 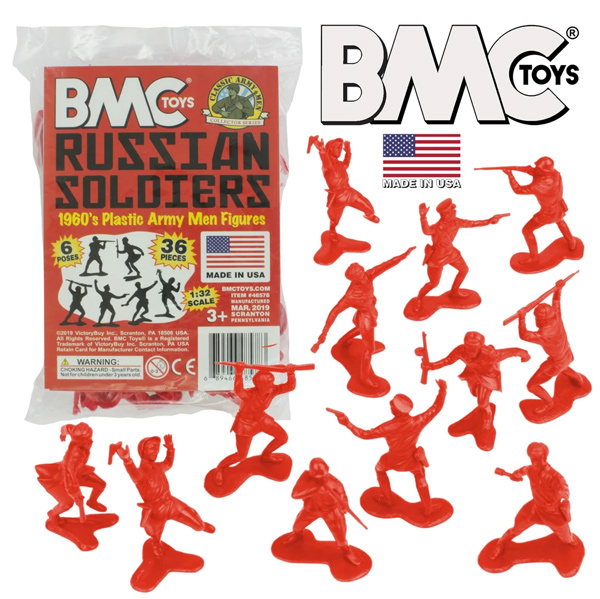 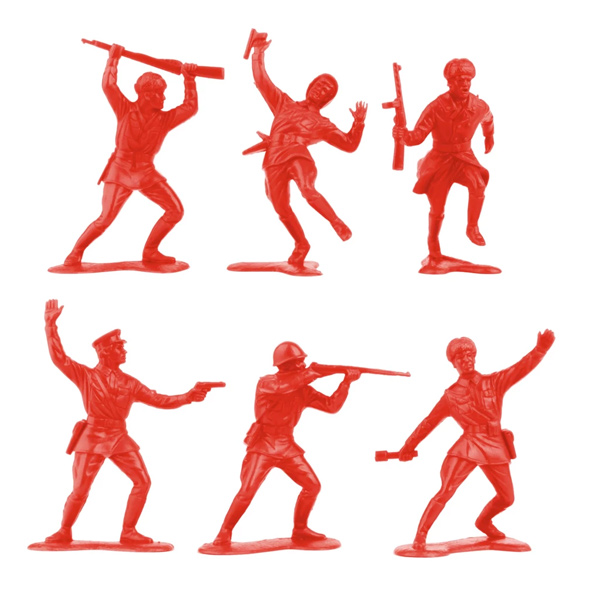 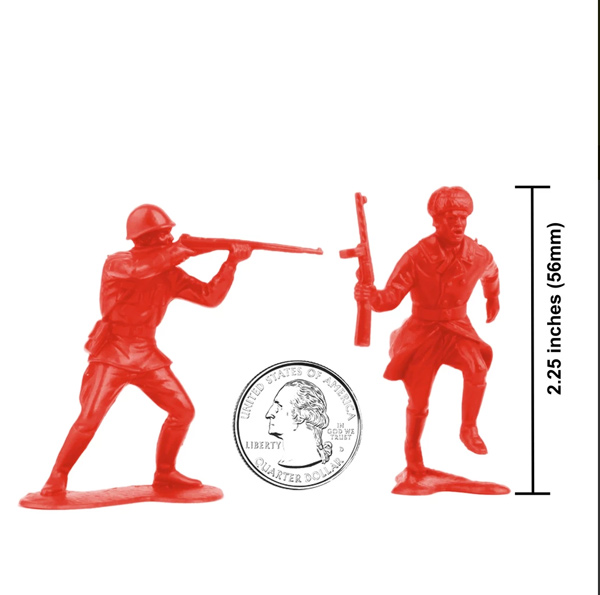 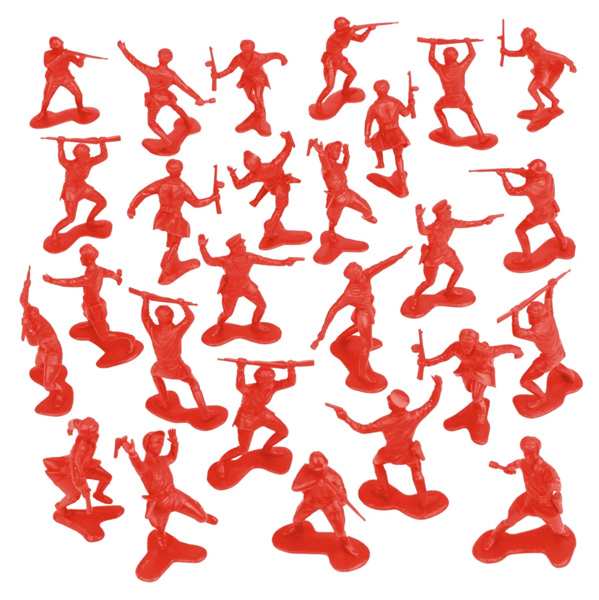