From the CLASSIC ARMY MEN COLLECTOR SERIES, BMC Toys brings back another classic set of figures from the golden age of army men. This bag of 36 Charcoal Gray GERMAN PLASTIC ARMY MEN is proudly manufactured in the United States and features 8 different figures. Troops are approximately 1:32 scale and stand up to 2.4 inches tall. Made from slightly flexible LDPE plastic with good details and some flashing.
These troops were originally introduced in the 1960s by MPC, also known as Multiple Toymakers, Multiple Products Corporation and Miner Industries. The figures originally had 1/4 inch holes in the bases that would plug into various accessories. For this reissue the holes have been closed up so they match other figures better. These were later produced by other companies and even included in a Marx Battleground Playset revival in the 1990s. These will make excellent troops for a variety of set ups for your WW2 Green Army Men.
This is a set of real American Made plastic toys, meant to be set up, knocked down, picked up and played with for many years to come. LITTLE GREEN ARMY MEN have even been inducted into the National Toy Hall of Fame. Packed in plastic bag with insert card and recommended for ages 5 and up. 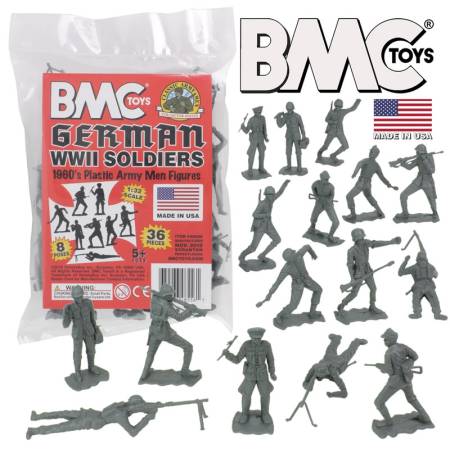 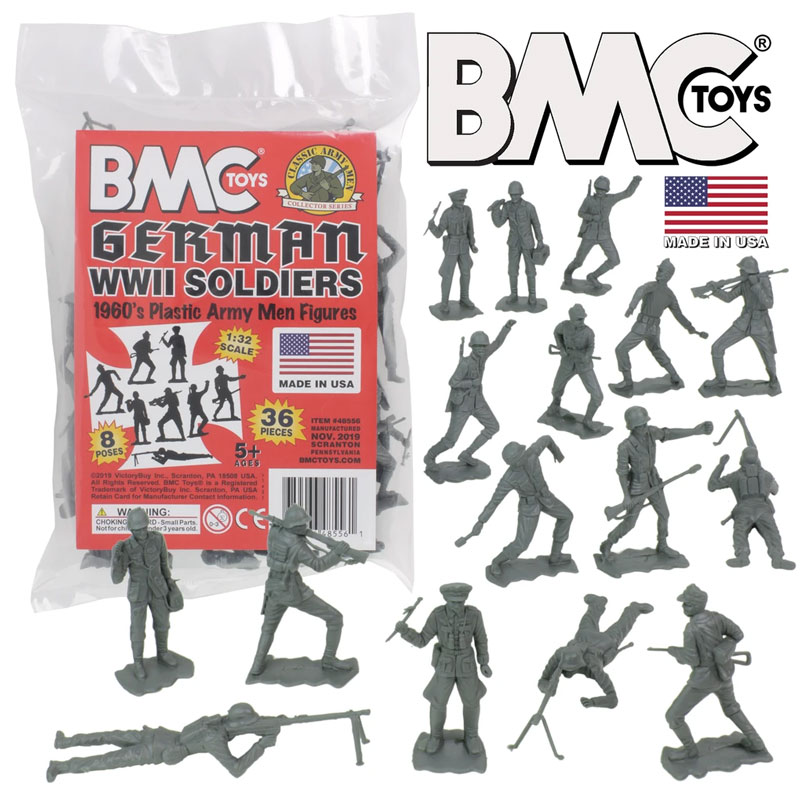 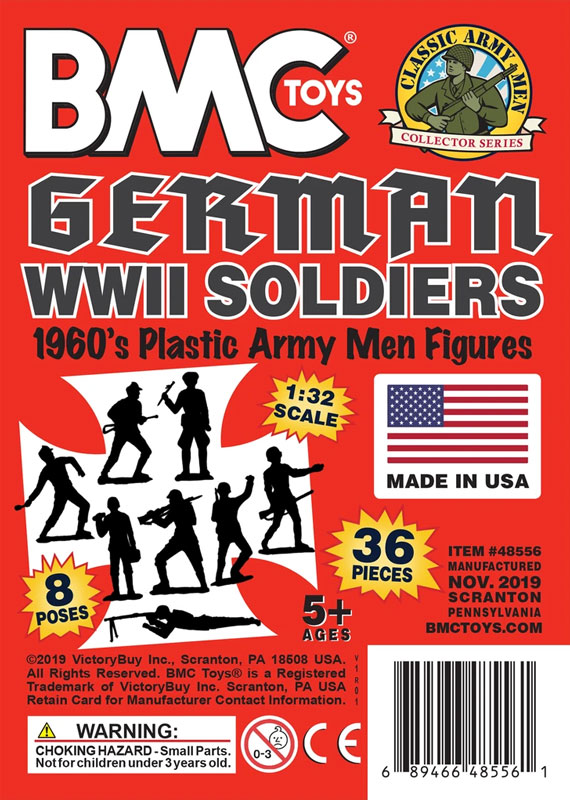