The Albatros C.III was one of the best German two-seaters of WW1. Created as a reconnaissance aircraft, it proved capable of undertaking a variety of roles: observation, light bombing, strafing ground targets, and escorting bombers. Introduced at the end of 1915, as an improvement of the successful earlier C.I model, it was produced in great numbers and used by many of Germany’s allies. Its construction was so robust it remained in service until the end of the war, some C.IIIs surviving even after the Armistice. 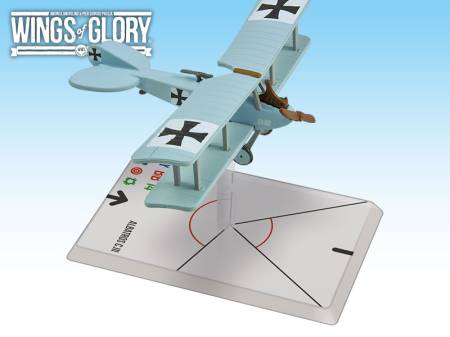 Albatros C.III (Meinecke)
When World War I started in 1914, Emil Meinecke joined the German Fliegertruppe and served first in Germany, then Turkey as an instructor and later as a combat pilot.


Type = Wargaming
Category = Wargaming Rules and Systems
Period = World War 1
Scale = 1/144 Scale
Material = Plastic
Finish = Pre-painted
Date of Release = 2016-04-16
Status = Available
This item is Normally Stocked but may take up to two weeks for delivery if not in stock. We will notify you of any delays
MSRP: $19.99
Your price$19.99