The British HMS Impétueux 1796 was the former French ship America 1788. The Royal Navy captured her in 1794 at the Battle of the Glorious First of June. She then served with the British under the name HMS Impétueux until she was broken up in 1813. She became the prototype for the Royal Navy Americaclass ship of the line.

The ship base, ship card and ship log are printed on two sides -the game data of a second ship is printed on the back. This ship pack can also be used to represent the British Ship-of-the-Line “HMS Spartiate 1798”. 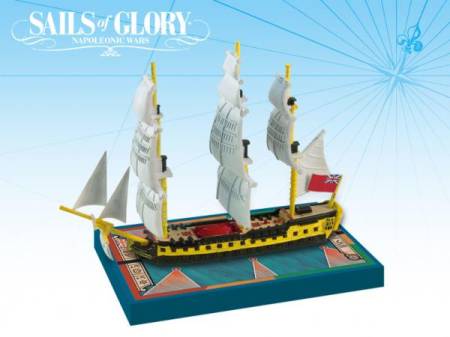